Warning: "continue" targeting switch is equivalent to "break". Did you mean to use "continue 2"? in /webroot/i/m/imaji001/susanvibe.com/www/wp-content/themes/Divi/includes/builder/functions.php on line 5941

“My life’s purpose is to develop human capacity, share love, and always remember to play!” 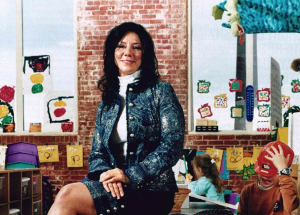 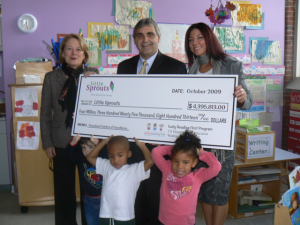 US DEPT of Education grant for Little Sprouts Early Education

Susan is committed to the economic health of the broader community. She has written more than $40 M in for-profit grants to help businesses grow. Susan enthusiastically shares her expertise and collaborates closely with public and corporate leaders and the business community. Through The Imaginal Group, Susan works with socially conscious private and public organizations, facilitating access to alternative, free capital—grants, microfinance, and crowdsourcing—to support quadruple bottom line goals. Susan and her team continue to develop, write, and manage grants and campaigns to deliver funding for hiring, employee/leadership training and development, and capital needs. They also provide transformational leadership and wellbeing training, built around socially conscious cultures, behavioral economics, and employee engagement, designed in collaboration with Dr. Deepak Chopra, Dr. Rudy Tanzi, and Gallup science, among others.

Susan has held positions on the boards of MetaBrand Corp., American Education Group, Strategies for Children, Early Education for All, Middlesex Community College, Ayaworld Productions, Baby Loves Music, and FUNdamentals of Music and Movement. She has also been a member of Governor Deval Patrick’s Early Education & Care Task Force, Presentation School Foundation Programming Committee, and WGBH’s Curriculum Creation Committee and Between the Lions Development Summit Committee. Susan is also an Ambassador for Param Pranyog, a nonprofit dedicated to global healing through meditation. 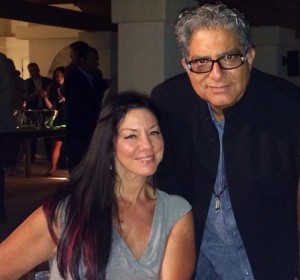 Deepak Chopra and Susan collaborating on leadership and wellbeing.

Susan is a master facilitator, certified in The 7 Habits of Highly Effective People, and has worked closely with the program’s founder Stephen R. Covey, developing curriculum for four roles of educators and The 7 Habits of Highly Effective Teens. Susan is a Chopra Center Certified Vedic Master, with certifications in Primordial Sound Meditation, The Seven Spiritual Laws of Yoga, and Perfect Health: Ayurvedic Lifestyle, having studied extensively with Drs. Chopra and David Simon at the Chopra Center in Carlsbad, California. Susan continues to work alongside Dr. Chopra on numerous endeavors. Susan is also certified in Marshall Rosenberg’s Nonviolent Communication training. In addition, Susan has studied with nationally recognized speaker, Jack Daly, who provides sales strategies for productivity improvement.

In 2005, following three decades of unprecedented success, Susan partnered with a group of Boston-based investors and the city’s Emmy Award-winning PBS affiliate, WGBH, to create Imajine That, an interactive children’s discovery museum. Through workshops, birthday parties, parent-support groups, playgroups, and exploratory fun for children of all ages and stages, Imajine That offers the best sensory-integrated learning stations to stimulate learning for children and families. Among Imajine That’s distinguished partnerships are those with WGBH’s award-winning PBS series, Between The Lions and Peep in the Big Wide World, and FUNdamentals of Music and Movement, a leading provider of music and movement education. The museum’s 17,000 members and partnership public schools, as well as corporate partners such as Whole Foods and Lowell General Hospital, have built on the company’s core value of fostering a more playful society and created an environment that builds on the integration of families, learning, and play. Imajine That also partners with Boston and Lawrence public schools, along with AmeriCorps Jumpstart and City Year, working in underserved communities to increase academic and social outcomes through afterschool programming for at-risk children and families. 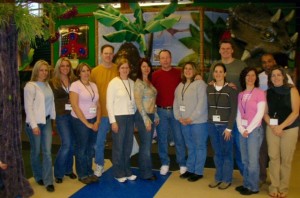 Imajine That was featured in Forbes magazine as the number one business in arts and entertainment and number 38 overall on Forbes’ Icons of Industry list. Imajine That has also been a two-time recipient of Boston Business Journal’s Pacesetters Award as Greater Boston’s fastest-growing business. Additionally, the museum has received the Chamber of Commerce Partnership Award, in collaboration with Whole Foods Markets, and the Massachusetts Autism Society’s Best Design Award for its innovative, integrative play space. Imajine That was also recognized as the Northshore Parent Paper Editor’s Choice, Best Family Play Space, Indoor 2009-2014, and voted the 2012-2014 Favorite Indoor Play Space by Boston Parents Paper’s readership.

Susan believes in the commonality of humanity. Her organizations help manifest the power of literacy and diversity and reflect families from 32 cultures speaking 23 languages from all social, economic, religious, and ethnic backgrounds. When Susan established her first business, in 1982, at the age of 17, and did so with an eye toward becoming an active leader in the education movement by working on policy at both federal and state levels, developing national curricula through participation in ongoing research projects, collaborating with higher education to create comprehensive professional development, and working with advocacy groups across the nation to ensure that children’s voices are heard, loud and clear. The success of generations of children underscores Susan’s commitment and personal and professional achievements. 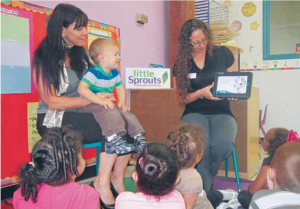 Susan has dedicated her life to the success of children and families, as evidenced by her 30-year tenure at the helm of her first entrepreneurial venture, Little Sprouts, which she grew 225% between the most challenging economic years, 2008 and 2012, using venture capital funds. These premier schools provide early education, preschool, and kindergarten for students and families in Massachusetts and New Hampshire—the organization received accreditation from the National Association for the Education of Young Children, a status attained by less than eight percent of early-education schools. Little Sprouts was also chosen to participate in the first Massachusetts Universal Preschool Project. Additionally, Little Sprouts garnered three prestigious Department of Education Early Reading First Preschools Centers of Excellence Awards, earning $10M in Innovation funding and the distinction of being the only for-profit early education school in the nation to receive this national recognition. Additionally, the company received support from the National Science Foundation, Center for Public Broadcasting, National Grid, and Massachusetts Department of Education to train educators across the state in science, technology, engineering, arts, and technology, or STEAM. In 2008, Little Sprouts merged with American Education Group, an organization that owns 28 Pre-K through 12th-grade schools across the United States. In 2012, after decades of unprecedented accomplishments, Susan departed the company. 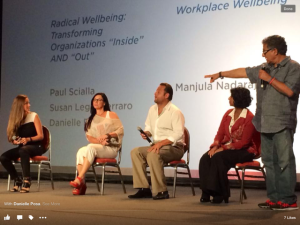 Susan has been a pioneer in the STEAM movement nationwide. She has trained hundreds of teachers in collaboration with National Grid and the Boston’s Children’s Museum, crafting new STEAM apps for Peep in the Big Wide World for the National Science Foundation, working with WGBH and Corporation for Pubic Broadcasting to train parents and teachers on developmentally appropriate screen time. Through the Massachusetts Department of Education, Susan has trained leaders on the significance of STEAM with children, especially girls, and has partnered with KinderLab Robotics to bring the first Pre-Kindergarten (Pre-K) robots to at-risk communities.