“We all are born to make a difference; we all matter in unique and beautiful ways.”

Building on such principles as Dr. Deepak Chopra’s Soul of Leadership and Stephen R. Covey’s 7 Habits of Highly Effective People, coupled with Susan’s personal philosophies and unparalleled experience, Susan and her team are committed to helping emerging companies realize their potential and achieve their goals. 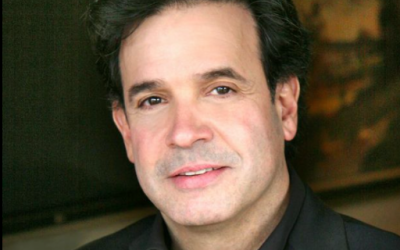 Rudy is the Joseph P. and Rose F. Kennedy Professor of Neurology at Harvard University, and Vice-Chair of Neurology and Director of the Genetics and Aging Research Unit at Massachusetts General Hospital. He directs the Alzheimer’s Genome Project and, over the past three decades, discovered many of the genes responsible for Alzheimer’s and Wilson’s diseases. He is also developing several novel therapies for Alzheimer’s, two of which are in clinical trials in patients. Rudy has co-authored over 475 research articles, including three of the top ten most cited AD papers, and contributes regularly to Huffington Post and San Francisco Chronicle. In addition, he has co-authored the popular trade books Decoding Darkness: The Search for the Genetic Causes of Alzheimer’s Disease and The New York Times Bestseller, Super Brain, with Dr. Deepak Chopra. Rudy also hosts the nationwide public television program, Super Brain with Dr. Rudolph Tanzi, which explores new discoveries in neuroscience to maximize the potential of the human brain in practical and actionable ways. Rudy serves on dozens of editorial and scientific advisory boards, and as Chair of the Cure Alzheimer’s Fund Research Consortium. He is the recipient of the two highest awards for Alzheimer’s disease research: The Metropolitan Life Award and The Potamkin Prize. Rudy was also honored by The Chopra Foundation with its 2012 Rustum Roy Spirit Award for his exemplary work in science and serving humanity. Rudy was included on the list of the “Harvard 100 Most Influential Alumni” by 02138 Magazine, and was chosen by the Geoffrey Beene Foundation as a “Rock Star of Science.” Most recently, Rudy was acknowledged as one of the “World’s Most Influential Scientific Minds, 2014” by Reuters-Thompson and one of the “Top 20 Translational Scientists, 2013” by Nature Biotechnology. Described by The Boston Globe as the “rock star of science,” Rudy has appeared on The Tonight Show with Jay Leno.  His musical pursuits have lead him to perform keyboards with Joe Perry, lead guitarist and co-founder of the legendary rock band, Aerosmith, as well as appear on Aerosmith’s 2012 album, Music From Another Dimension. Of Rudy, Perry has said, “The work ethic that Tanzi developed over years in the lab applies perfectly to his music. He’s easily the best Hammond (organ) player I’d ever heard face to face.” More recently, Rudy has teamed up with singer/song-writer, Chris Mann, to create music and music videos promoting public awareness of Alzheimer’s disease.

Jack brings 30+ years of field proven experience from a starting foundation with CPA firm Arthur Andersen to the CEO level of several national companies. Jack is a proven CEO/Entrepreneur, having built six companies into national firms, two of which he subsequently sold to the Wall Street firms, Solomon Brothers and First Boston.

In 1985, Jack relocated to California from the east coast and to launch a mortgage company. Under Jack’s leadership as CEO, in only 18 months, the company grew from three founding colleagues to 750 employees and 22 offices nationwide, producing $350 million per month in mortgages. In its first three years, the company reported profits of $42 million.

Later, in 1998, working as a senior partner in a fledgling, privately held enterprise, Jack helped that company garner the title of Entrepreneur of the Year from Ernst & Young and become ranked #10 on the Inc. 500 List of the fastest growing firms nationwide.

Jack holds a BS Accounting and an MBA. He also achieved the rank of Captain in the U.S. Army. He has led sales forces numbering in the thousands and a history of proven growth of client’s businesses from individual success stories to international firms.