How a single mother changed early childhood education in Massachusetts 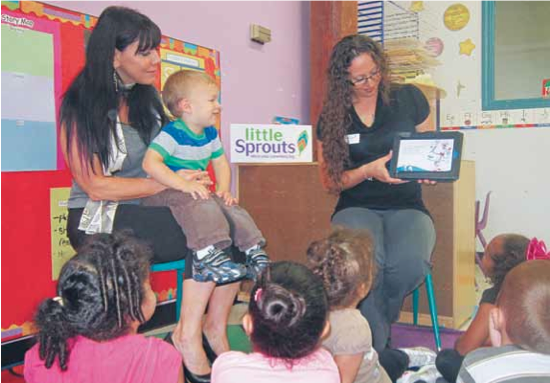 Fearlessness is a good quality in an entrepreneur, says Susan Leger-Ferraro, 46, founder of Little Sprouts, the Lawrence- based group of child enrichment centers being recognized as the 2011 Small Business of the Year by the Greater Boston Chamber of Commerce.

Leger-Ferraro should know. Her scrappy determination to prove that quality and innova- tion in early childhood education can go hand in hand with best business practices has trans- formed her. She went from being a teenager taking care of six kids in a rented duplex to the CEO of a $1 million-plus, multiple award- winning enterprise, serving more than 1,500 children in 13 locations across the state, with more in the pipeline.

Leger-Ferraro attributes her success to being “a bit of a rebel,” and not being afraid to grab opportunities. She talked her way into a job at a pizza parlor at age 11, volunteered at Boston’s Museum of Science, and interned in a public school kindergarten class as a high school student. At age 17, she opened her first daycare center, licensed for six children, in a rented apartment down the street from her parents’ house in Methuen.

“Build equity,” a counselor with the Small Business Association advised her. So after a year, she moved the business into her parents’ house, “ate a lot of spaghetti” to save money, and plowed the profits into a down payment on a house of her own, where she opened the first Little Sprouts Learning Center in October 1984.

Leger-Ferraro’s two young sons (she later fostered a third, older boy) were her “science project,” she says, laughing. Over six years, as Little Sprouts grew to serve 37 children, and added 14 employees, she ran a household and a school in different parts of the same house.

“Early education is not usually recognized as a business,” says Leger-Ferraro, but she’s proven that the principles underpinning other successful enterprises can be equally applied to creating a nurturing, stimulating learning environment for young children.

Investment in people within the organization and commitment to consumer satisfaction are key, she says. Little Sprouts’ teachers on average take 67 hours of in-house training per year, compared with the industry average of 18.

On the customer satisfaction front, says Leger-Ferraro, “It’s all about parent engage- ment.” She requires all her site directors to be available at drop-off time and pick-up time in every classroom once a week, to connect with parents and hear their concerns. That personal interaction is crucial, given the diversity of families served: at the last count, 56 cultures, 23 languages, and a wide range of social and economic backgrounds.

For its success in improving early childhood literacy rates, and helping close the education achievement gap between minorities and the majority population, Little Sprouts has received the “Preschool Centers of Excellence” award from the U.S. Department of Education for the past seven years.

For Leger-Ferraro, the overriding question is: How can we get this service to more children? In the short term, Little Sprouts is planning to open eight new schools in Greater Boston. She is also eyeing expansion beyond New England. California, the entrepreneur muses, would be “a good place to do education.”